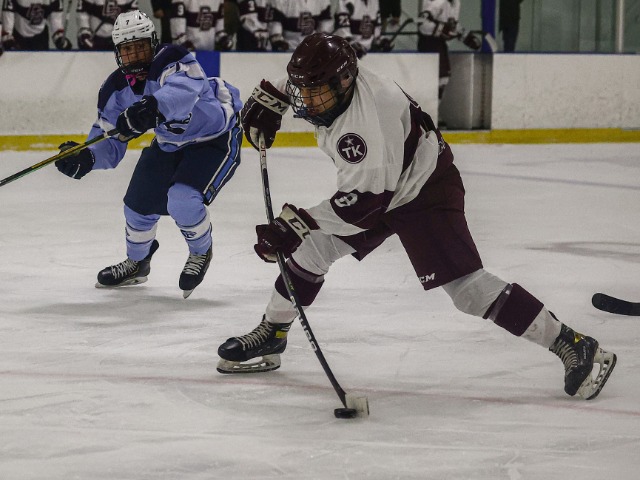 Kris Krumins had a hat trick, Matt Bossolina scored twice and Ty Oller added a goal as Don Bosco Prep, No. 2 in the NJ.com Top 20, was a 6-1 winner over No. 7 Seton Hall Prep on Monday at Codey Arena in West Orange.


Krumins made it a hat trick with two third-period goals. It was the junior’s second career three-goal game along with three against St. Peter’s Prep on Dec. 7.

Note to readers: if you purchase something through one of our affiliate links we may earn a commission.
BACK