HOCKEY: NORTH JERSEY TOP 10 RANKINGS AFTER THE OPENING WEEK OF THE 2021-22 SEASON 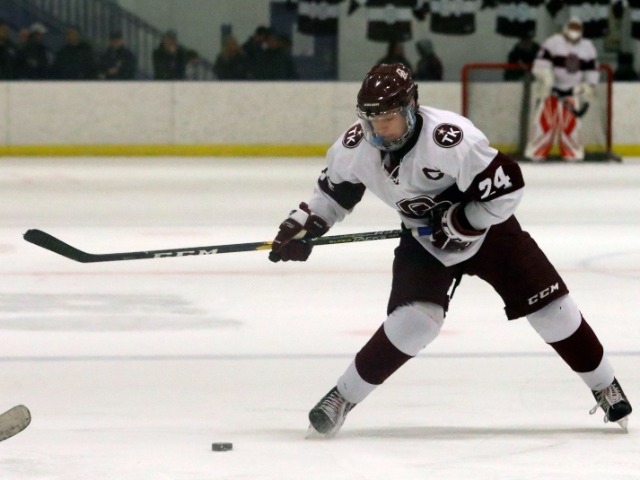 Hockey season is now here in New Jersey as the area's top teams have taken the ice over the last week and a half.

Each week, we will rank the top 10 high school hockey teams in North Jersey.

Note: All records and rankings are based on games played through Dec. 5.

10. Glen Rock (1-0)
Last season's McInnis Cup champions began their title defense with a 4-0 win over Summit on Friday. The Panthers remain a contender in the top division of the NJIIHL.

9. Ridgewood (1-3)
The Maroons are off to a rough start to the season with losses to Ramapo and Livingston in the season's first week. Senior John Dunphey scored six of Ridgewood's 13 goals on the season thus far.


8. Lakeland (2-2)
Wins over Mahwah and West Milford in the season opener highlight the start for the Lancers, but a lopsided loss to Wayne is a worry. Eight different skaters have scored for Lakeland, led by junior Charlie Wogisch's four.

7. Ramsey (2-2)
The Rams fell to Passaic Tech on Friday, but came back with a win two days later, both games in a 2-1 result. Senior goalie Michael Hyland's 25-save effort made the Rams a winner on Sunday to stay near the top of the Big North's Liberty Stripes division.


6. Mahwah (2-1)
One poor period cost the Thunderbirds in a 7-3 loss to Lakeland on Friday. That loss is sandwiched between quality wins over Ramsey and West Milford-Pequannock. Junior Anthony Miller has scored at least two points in every game thus far for Mahwah.

5. Ramapo (4-0)
The Raiders are riding high atop the Liberty Stripes division in the Big North thanks to early wins over Passaic Tech and Ridgewood. Juniors Danny Mauriber, Braeden Guiterman and Jake Rosolanko all have at least 10 points already this season.

Bonus Magazines
Learn about launching the world’s most powerful telescope in NASA or the groups helping soldiers ease into civilian life in Veterans Affairs.

Read Now in the e-Edition
4. St. Joseph (Mont.) (1-1)
The Green Knights bounced back from a jarring season opener against Delbarton to best Passaic Tech, 3-1, on Thursday. Senior Thomas Hilliard scored two of the three St. Joseph goals and junior goalie Joseph Monte stopped 19 of the 20 shots he faced.

2. Don Bosco (2-1)
Following a loss to Christian Brothers on opening night, the Ironmen came back with consecutive wins over Seton Hall Prep and St. Augustine. Junior Kris Krummins scored a pair in Don Bosco's win over the Pirates, while sophomore goalie James Tarabocchia earned a 20-save shutout in his varsity debut, a 2-0 win over the Hermits.

1. Bergen Catholic (1-1-1)
The Crusaders fell flat in the season opener against Delbarton, but responded with a win over St. Peter's Prep and a tie against state power Christian Brothers on Wednesday. John Mustard and Matt Maglio both netted third period goals to earn the 2-2 tie with CBA, while Antonio Arcaroli's hat trick pushed Bergen Catholic to their first win of the season.

Robert Aitken is a high school sports reporter for NorthJersey.com. For full access to live scores, breaking news and analysis from our Varsity Aces team, subscribe today. To get breaking news directly to your inbox, sign up for our newsletter and download our app.